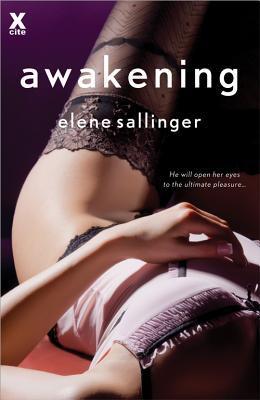 River Rock, Vermont, 2011. This is the story of Claire Ryan and Evan Lang. 35-year-old Claire joins a local book club for romance readers in order to get over the breakdown of her 10-year relationship, there she meets book shop owner Evan, a dominant man who has never recovered from the sudden death of his submissive wife.

As their relationship develops and they embark on the path of Claire’s submission, it becomes harder and harder for Evan to keep his emotional distance. Claire is open and responsive and he wants her badly, but refuses to let himself go.

As Claire falls deeper in love with Evan, she realises that he is holding back and decides to end their relationship, forcing Evan to confront his own past and his feelings in order to save his new love.

Winner of the new writing competition at the Festival of Romance 2011.

This book contains potentially triggering material. You can find details of potential triggers at the end of this review.

Claire Ryan has just come out of a long, abusive relationship, and she’s torn between wanting to experience life outside of her old world and being deathly afraid of putting herself out there.  This leads me to the potential trigger in this novel: Claire’s former relationship was abusive.  She would provoke her ex into hitting her to satisfy her desire to be struck.  If you’re uncomfortable with reading about physical abuse, be careful with this book.

I actually liked Claire quite a bit, and I like how she’s written as slowly coming out of her self-constructed cocoon of fear and introversion.  She makes friends, starts to be social, even reaches out to her estranged brother.  But the one stumbling stone in her way is Evan Lang.

Evan is a widower who owns the bookstore that Claire enjoys visiting, and Claire finds herself deeply attracted to him.  For his part, Evan is attracted to her, too, but here’s where I started having a problem.  Evan still isn’t over the untimely death of his wife, and he’s basically turned himself into a monk when it comes to sex.  When he finds himself sexually attracted to Claire, he feels like he’s betraying his dead wife, and that’s totally understandable.  What bothered me as a reader was how he turns his feelings of anger and betrayal outward, aiming them right at Claire.  He’s cold and abrupt with her, and it really throws Claire for a loop since he’s friendly with everyone else.

Now, that’s completely understandable.  For a while, that is.  But for me, Evan went on with his jerky behavior for long enough that it made me really uncomfortable. He even gets horribly jealous when he sees her out with her brother and acts like he is already her dom when he’s barely even spoken to her.  View Spoiler »When he and Claire have agreed to have a semi-sexual domination/submission relationship, he refuses to share himself sexually.  But when he gets too turned on during a scene, he ends up having sex with Claire, and his anger at himself for that perceived weakness spills out onto Claire. I understand that it’s there for dramatic conflict, but I still found myself disliking that in Evan, and it really colored my opinion of him even in the happily ever after ending. « Hide Spoiler

But in terms of the way BDSM is dealt with, this book does quite a good job with presenting how it should work.  There are no contracts, just a little hint of creepy/stalkery behavior, and there is absolutely no abuse.  They sit down and talk about what will go on in their relationship, what being a dom and being a sub actually means, and Claire comes to understand that as a sub, she will be the one who is actually in control of the relationship.  As a dom, Evan functions as the guy with the flogger and a therapist of sorts, trying to discover what makes Claire tick and help her come to terms with her desire to be spanked.