Do you guys know how difficult it was to choose photos for this post? I have about fifty that I wanted to include, and while I’m sure I wouldn’t get too many complaints, that just seems a bit much. It was torture, I tell you, torture to pare it down.

But yes. Tom Hiddleston. I’m sure you know who he is, if only for the fact that he’s played the biggest villain so far in the Marvel Cinematic Universe.

You know, this guy.

Much like Mr Elba from last Monday, the first thing we saw Hiddles in was Thor. I have to admit, though I thought he was good looking back then, he really didn’t do a lot for me right off the bat. In a strange twist of fate, the thing that made me fall head over heels for this guy was seeing him in interviews and reading his posts on social media.

Usually, that’s what makes me run the other direction from actors that I like. But Hiddleston seems to be the most genuinely nice actor I’ve ever run across. He’s unfailingly polite and courteous when talking to interviewers and fans, he’s funny, he’s charming… he’s just downright dreamy. 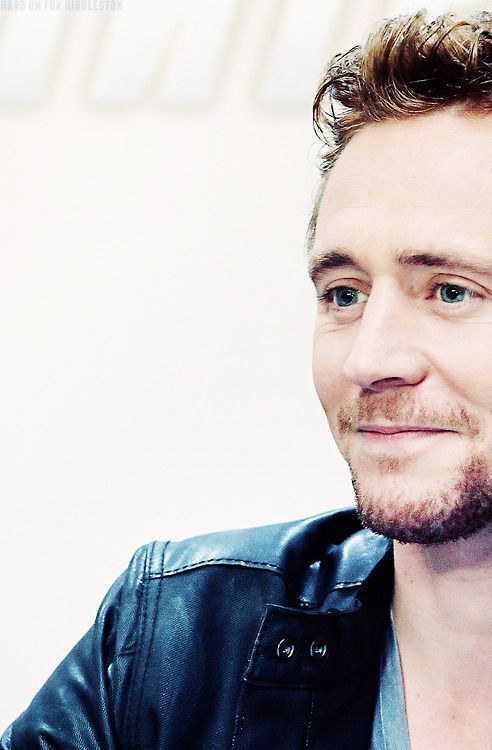 Dreamy, I tell you. Dreamy. (source)

And, of course, he’s an excellent actor. Cambridge educated, he cut his teeth on Shakespeare and the classics, buddying up with Kenneth Branagh on stage and on British television series like Wallander. Branagh cast Hiddleston as Loki when he directed Thor, which brought him to a wide U.S. audience, and he went on to reprise that role in The Avengers and Thor: The Dark World and will presumably return again in Thor: Ragnarok and, if rumors are to be believed, The Avengers: Age of Ultron (my guess is that’ll be a brief cameo).

And millions of pairs of panties just spontaneously combusted. (source)

Aside from playing the Norse God of Fucking Shit Up with aplomb, he’s also starred in Spielberg’s War Horse, Jarmusch’s Only Lovers Left Alive, andÂ the goddamn Muppets Most Wanted, which is everything I ever wanted in life, really. He also starred as Prince Hal/King Henry inÂ The Hollow Crown and played the titular character inÂ Coriolanus in London last year. His upcoming projects include Guillermo del Toro’s Crimson Peak (which we are all extremely excited about), a Hank Williams biopic (which will include singing, oh my gosh), and The Night Manager, a television series with Hugh Laurie.

Tom in The Hollow Crown.

And he reads poetry.

Oh, and one last thing: he’s proud to call himself a feminist.

.@EmWatson you are impeccable & extraordinary. I stand with you. I believe in gender equality. #heforshe pic.twitter.com/xXQsyJ7WfP

So yes. Dreamy. Talented. A feminist (fuck yeah). A genuine sweetheart. But let’s get to the part of the post you’ve all been waiting for: the flood of gorgeous Hiddleston photos. 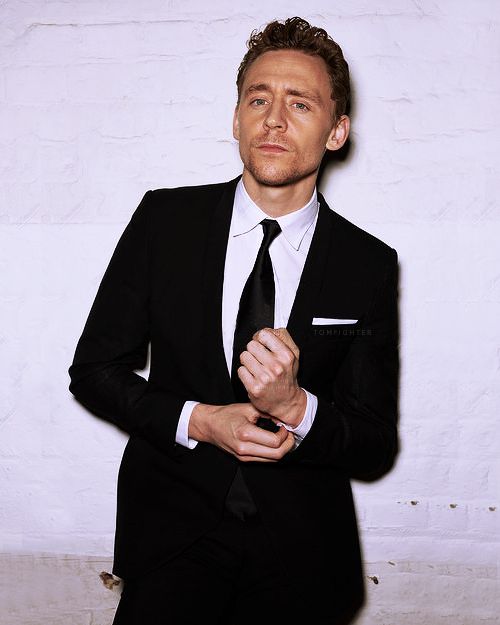 Look at this dapper gent. (source) 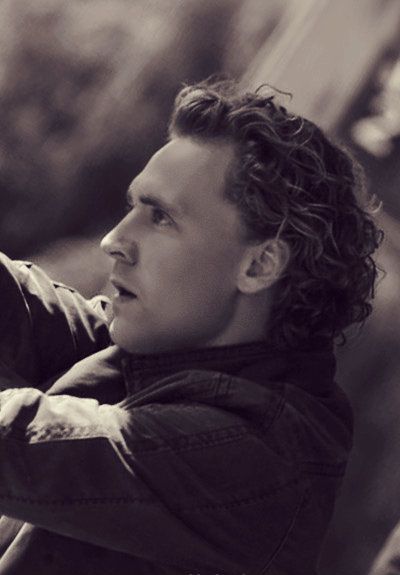 Tom in Wallander with his gloriously curly hair. (source) 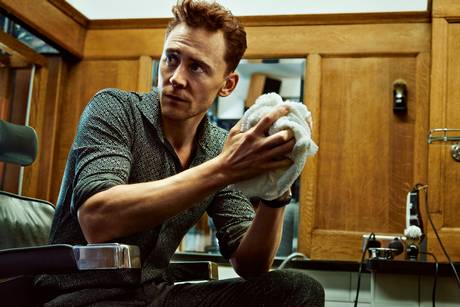 And finally, we leave you with this: