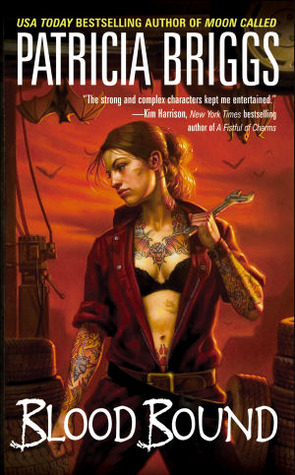 Under the rule of science, there are no witch burnings allowed, no water trials or public lynchings. In return, the average law-abiding, solid citizen has little to worry about from the things that go bump in the night. Sometimes I wish I was an average citizen...

Mechanic Mercy Thompson has friends in low places-and in dark ones. And now she owes one of them a favor. Since she can shapeshift at will, she agrees to act as some extra muscle when her vampire friend Stefan goes to deliver a message to another of his kind.

But this new vampire is hardly ordinary-and neither is the demon inside of him.

Blood Bound is the second Mercy Thompson book by Patricia Briggs, and I feel it outshines its predecessor, mainly in plot. The first book felt rushed and a bit aimless; Blood Bound is focused and determined, and it drags you along with it.

Mercy, our coyote-shifter mechanic protagonist, finds herself neck-deep in vampire troubles in this book. Her vampire “friend,” Stefan, asks a favor of Mercy, and that favor turns out to be much more dangerous than either had imagined. Mercy must hunt down a rare and dangerous type of vampire in order to save the people she cares about most: Adam, the local werewolf Alpha, and Samuel, her sweetheart from her teen years.

This book focuses less on the politics of the werewolf pack, which admittedly got pretty boring in the first book. Politics do figure in heavily, particularly how Mercy as a shifter fits into the local werewolf pack, but it is blended more seamlessly with the action of the story.

I have to admit, I’m kind of worried this series might go the way of Anita Blake or Merry Gentry (really, are those two that different from each other, though?). More and more male characters (okay, just three at the moment) are falling for Mercy, and I’m terrified it’s going to turn into a Mary Sue sort of story, where all the boys love her and fight over her and have werewolf pissing contests. My gut is telling me that Briggs won’t go there, just by Mercy’s reactions to the various characters-with-crushes, but still. That’s a horrifying thought.

I enjoyed this book quite well, and I hope to see more of the other paranormal creatures of Mercy’s world in future books. 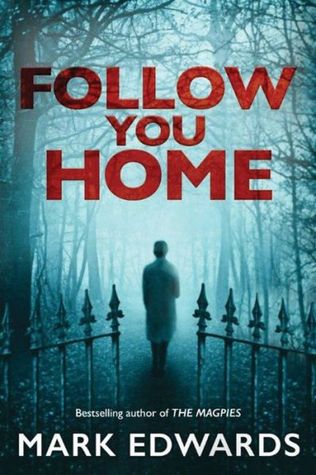