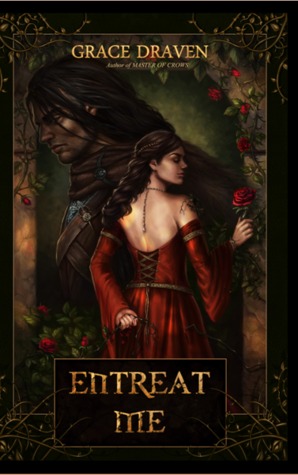 Entreat Me by Grace Draven

Afflicted by a centuries-old curse, a warlord slowly surrenders his humanity and descends toward madness. Ballard of Ketach Tor holds no hope of escaping his fate until his son returns home one day, accompanied by a woman of incomparable beauty. His family believes her arrival may herald Ballard's salvation....until they confront her elder sister.Determined to rescue her sibling from ruin, Louvaen Duenda pursues her to a decrepit castle and discovers a household imprisoned in time. Dark magic, threatening sorcerers, and a malevolent climbing rose with a thirst for blood won't deter her, but a proud man disfigured by an undying hatred might. Louvaen must decide if loving him will ultimately save him or destroy him.A tale of vengeance and devotion.

Do you ever read a really good book by an author, but they didn’t have any other full length novels out at the time you finished said book, so you don’t think about that author or any potential new books they might have until months later, when, like magic, they’ve released another full length novel and you’re so excited you buy it right then and read it in one weekend? That’s pretty much what happened to me when I bought Entreat Me. I had read Master of Crows by Grace Draven when it was one of the book picks for the Vaginal Fantasy Book Club (my review of it is here if anyone is interested) and I loved it, but since there weren’t any new books out when I finished that one, I put the author out of my mind. Then last weekend, I had a passing thought about Master of Crows and decided to check and see if by chance there was a new novel out. Lo and behold, there was! I read Entreat Me in two days, only taking a break to sleep and run errands, it was that good.

Entreat Me (which, to be honest, I really dislike that title and I think the story could have been called something better) is basically a retelling of the fairy tale Beauty and the Beast, but better than any other retellings I’ve read. It’s about Louvaen Duenda, a widow, who goes after her younger sister, Cinnia, when she decides to run away with Gavin de Lovet, the man who’s been courting her. Louvaen ends up at the secluded, magic enshrouded keep of Ketach Tor, where she not only finds her sister and Gavin, but also the three maids, the house wizard, and the lord of the keep and Gavin’s father, Ballard de Sauveterre. Cinnia and Gavin wish to marry, which Louvaen has difficulty with, but eventually agrees for the Gavin to court Cinnia until the Spring as long as she remains as chaperone. And then things happen and Louvaen finds out there’s a curse, and she and Ballard fall for each other. There’s also some drama with a merchant from Louvaen’s town who is determined to have Cinnia as his trophy wife towards the end (it’s actually more in-depth than I’m describing it), but eventually everyone ends up happily ever after.

As I said, I really liked this book. I thought Louvaen and Cinnia’s relationship was heartwarming, as Louvaen basically raised her little sister, and I thought that her overprotection at times was warranted and understandable. I liked that Louvaen is a widow, as well. Her status gives her liberties so she can have sex with someone and it won’t be blinked at. That being said, I didn’t care for the whole Cinnia-can’t-have-sex-before-marriage-or-her-reputation-will-be-ruined thing. For a fantasy novel, I thought that the author could have done away with such antiquated notions, but then again, even though the time period isn’t really established, I did get the idea that this was probably set in a vaguely Renaissance era time period. So, the virginity thing can maybe be pardoned. Maybe. I still didn’t care for it though.

What I loved was the interaction between the characters, especially Louvaen and Ballard. Their romance was very nice and there was plenty of sexual tension, which made the sex scene hot. Can’t resist steamy sex scenes, as anyone who knows me can attest. I liked that Louvaen and Ballard were open with each other, and, aside from Ballard and his son being cursed to turn into beasts when the magic that surrounds the keep is “in flux”, they really don’t hide what they feel or think. Which is fantastic because it eliminates unnecessary drama. Cinnia and Gavin, on the other hand were meh, in my opinion when it came to their romance. Theirs is mostly in the background and it’s very young feeling. Very stars in the eyes and dreamy sighing at one another across the dinner table. There’s no doubt they love each other, but since they are so in the background (with only a few moments towards the end that really show how much they care for each other) it’s hard to cheer for their romance as much as I would like.

The magic system could have been explored more too. The book mentions wild magic and right hand paths versus left hand paths, but there’s no real depth beyond that. We got the cursed roses that behaved like snakes, Ballard and Gavin turning into beasts,  and a mention that the curse has only grown worse over the centuries because it was done by left hand path wild magic…which really makes no sense to me. Like I said, the book really could have benefitted from a stronger description of the magic system. Also, Louvaen could sense and see magic. Her mother was some sort of  hedge witch and Louvaen inherited the gift but hated it and any kind of magic. Really would have liked to know more about that. Glazing over the magic system in a book is a no-no, in my opinion. Especially when the whole plot revolves around a curse.

That being said, overall this book is very well written, with only a few mistakes that could be fixed with another editing pass. It really is worth a read and I know I will most likely read this book again in the future. 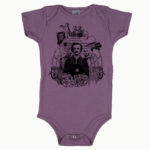