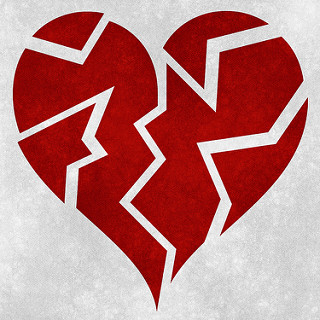 Breakups mostly suck, particularly if you don’t see it coming ahead of time. They can even suck when you’re the one who decides it’s time to end it. It can also be a relief, but there’s always some sort of pain involved, whether it’s sadness about your lost relationship or regret for wasting so much time on that asshole.

I recently broke up with a fandom. It sucked. But now that a few months have passed, I feel kind of relieved.

I’ve been burned by Marvel before. I got really into the X-Men movies and comics fifteen years ago (oh my god, that was fifteen years ago???), and I stuck with that fandom for years, through thick and thin, through X-Men: The Last Stand and the goddamn comic book writers killing off my fave Jean Grey yet again so Cyclops and Wolverine could have some more man pain. Eventually, I’d had enough, and I moved on. I dabbled in other fandoms.

And then the Marvel Cinematic Universe happened.

I’d never really gotten into the Avengers comics; it seemed like enough effort to dig my way through all that X-Men backstory, and I didn’t want to add another team to that pile. But the movies… they intrigued me. Here was a whole new universe, wide open and fresh and ripe for fanfic. By the time the first Avengers movie came out in 2012, I was writing Black Widow/Hawkeye (a ship widely known as Clintasha) fanfic like there’d be no tomorrow.

Admittedly we didn’t have much to go on when it came to Hawkeye. The poor guy got twelve minutes of screen time in The Avengers and a little cameo in Thor, so I like many other fans started reading the comics to flesh out his character. Now that I look back, my Clint was an amalgamation of what little we’d seen in the movies combined with the smart-assed, arrogant-to-hide-insecurity, loveable jerk from the comics.

All was going well for the next three years. I wrote more for that pairing than I’ve ever written for… well, anything. I loved the characters, I loved the creativity of the people who shipped them, I loved that we had basically a blank slate on which to write their relationship.

And then Age of Ultron happened.

If you’ve seen the movie, I think you can understand part of the reason why I was (and am still) unhappy with it. It took what I thought was being built up in previous movies, in terms of both characterization and relationships, and threw it out the window in favor of a plot twist from my most loathed comic book series of all time (Hawkeye’s family from The Ultimates) and the typical hot-ultra-competent-woman-inexplicably-falls-for-the-nerdy-guy trope. Needless to say, the Hawkeye I’d built up in my mind didn’t materialize.

I’m glad some people liked Age of Ultron, but it took all of my expectations and took a giant dump right on them. Not only my hopes for Clint and Natasha’s relationship (honestly I didn’t want an overt romance, just more delicious subtext), but also for the characterization of… oh, absolutely everyone else. It felt like a giant step backward in terms of development.

I’m not going to review it here. Honestly, I don’t even really like talking about the movie. I’d rather pretend it never happened so I can go back to my Clintasha in peace. I’m still too salty about it, even months later.

But alas, that was not to be.

As fandoms are wont to do, Clintasha fandom splintered pretty sharply when Age of Ultron came out, and things got rather hostile in some corners of the internet.

My breakup with MCU fandom isn’t as much a clean break as a drifting apart. I still love Clintasha and Steve Rogers and Peggy Carter and Bucky Barnes and Sam Wilson. I love the stories that I wrote and the stories my friends wrote. There are still stories I want to write. But much like trying to stay friends with your ex, sometimes it hurts too much to stick around.

I found my rebound fandom in Dragon Age, and I’m working on my own stories in that universe (while repeatedly playing the same character who romances Cullen every damn time). I still like seeing Clintasha stuff on my dashboard on Tumblr, and I can’t wait for season 2 of Agent Carter to air. Maybe I’ll write some more MCU fanfic. But things just aren’t the same.

Ah, well. Everything changes eventually, and you have to move on, or you’ll get left behind. I don’t think I can trust Marvel to not break my heart yet again. They’re still doing interesting things, but I’m not going to get in as deeply as I did with X-Men or Clintasha.

I broke up with my fandom. We’re still sorta friends, and I don’t regret all the good stuff that came out of our relationship. I definitely don’t regret the friends I made in the fandom.

I’m just sad that the good days are over.

Found on the Internets!