[Editor’s Note: Beware some very minor spoilers for the movie.]

Here’s the thing, the first time I saw Marvel’s The Avengers, I declared to some skeptical friends that it was the greatest super hero movie I’ve ever seen. They, who did not see the film yet, argued for The Dark Knight, which I still maintain is not a super hero movie but a crime movie that happens to star comic book characters. Said friends saw Marvel’s The Avengers and relented, saying it was extremely good.

After a second and careful viewing, I have to say it is a nearly perfect movie: solid storyline, great pacing, awesome and not overbearing action sequences, fantastic chemistry between the many larger-than-life characters, plenty of Joss Whedon humor and a beloved character’s death. Also, everyone in this movie is gorgeous.

Seriously, this may be the best looking cast I have ever seen and if I can be superficial here for a moment: that is awesome.

A lot has been said about this movie and the female gaze, a concept that has been steadily gaining traction in feminist and gender studies. I have written about the male gaze in comics before, and since this is a concept that was founded in cinema studies, it makes sense to apply it to Marvel’s The Avengers. The male gaze, or the gaze in general, is ultimately about power and dominance. Whoever holds the gaze (typically, heterosexual men) exhibits agency and dominance over the sexualized object (women). In cinema, and as I argue, in life, women are viewed merely by their bodies and as sexual objects for their male counterparts. Think of the common advertisements, posters, magazine covers, music videos, etc. and you can see the male gaze in action.

Now, as I said earlier, this film stars a handful of some terribly good-looking people, most of which are men. Black Widow is the one female Avenger and she is incredibly sexy. She is portrayed that way for the audience from her skin-tight cat suit, to her perfect eye make-up and even to her interrogation scene in the beginning of the film in which she is referred to as a “pretty face.” Nonetheless, I found Black Widow a thoroughly enjoyable and engrossing character. She manipulated her sexuality and her femininity for her own gains. In a fabulous face-off sequence with Loki, she uses his assumptions of how a woman feels and reacts to endangered loved ones to get information. She is not just a pretty face and never does the audience feel that she is trying to compensate for her womanhood. She is a world-class assassin; that’s it.

Meanwhile, a lot of comments, often bemusedly and very often sexistly, have been made about the hotness of the male Avengers. The latest issue of People Magazine features this photo-shoot:

Also jokes abound about Captain America and Hawkeye’s tight costumes and of course, Loki’s legions of fangirls. In fact, this is one of the first action movies that I can recall that I’ve noticed this profound attention paid to the fact that women (my God, WOMEN!) want to see and enjoy it. Most of the people I have talked to and discussed Marvel’s The Avengers with have been women and they all love it and want to see it again.

So where does that leave us? Is it equality to switch the gaze around so that women possess it? What does it mean to objectify the male body rather than the female in a big budget popular film? Was that even the film’s intention or are we simply protecting onto it as a society?

Ultimately, I wish more than anything that the mere fact that women would want to see a super hero movie were not considered surprising or alarming. There have been plenty of sexist and demeaning responses to Marvel’s The Avengers and its female audience. It’s as if the kneejerk reaction to seeing women line up to see an action comic book movie and being genuinely excited for it is too much to comprehend. Therefore, they MUST be in it for the eye-candy. What else could explain it? Women don’t read or care about comic books but they sure do love muscles.

I am angered by this sentiment and the fact that so many of these responses try to backpedal by claiming to be tongue-in-cheek. No, that is not a free pass to dismiss women. In fact, by focusing so much on how female audience members are objectifying the male characters only, these women are reduced to one-dimensional sexual beings.

The gaze in general, whether male or female, is troublesome. Furthermore, it is difficult to shed because of how it is shoved down our throats in society. We see here with interviews that part of the marketing of the Marvel’s The Avengers seemed to focus on the gaze and sexual objectification, rather than the strengths of the film itself.

Of course, I am happy to see a film in which it is not only the female characters that are wearing those skin-tight, kind of nonsensical outfits. I also like talking about which Avenger I would most like to date (Coulson, in case you were wondering, though technically he isn’t an Avenger) with friends but that is only a portion of why I love Marvel’s The Avengers.

I love it simply because it’s a great film. I love it because I love comic books and this did justice to some of my favorite characters. Like the millions of others who have also seen and enjoyed Marvel’s The Avengers, I love it because it was everything I could want in a super hero movie. The attractiveness of the actors is merely an afterthought. 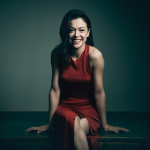