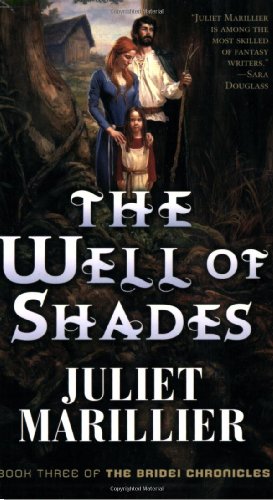 The Well of Shades by Juliet Marillier

King Bridei is a man with a mission. His wish to unite his kingdom seems almost within his grasp but there are forces working to undo his dream. He sends Faolan, his most trusted advisor (who is also a master assassin and spymaster) out into the world to ferret out the truth of who is friend and who is foe.
Along the way Faolan will uncover many truths. Some may hold the key to Bridei's future. But more important, they may unlock the secrets that Faolan has held deep within his soul for decades.
And offer him the chance of redemption.

With Deord’s death at the end of Blade of Fortriu, Faolan promised the man he would give the news of his death to his daughter himself. On a quest for Bridei, Faolan journeys out of his way, perilously close to his childhood home, to deliver the news. What he finds is Eile, an abused girl in the care of Deord’s sister and her abusive husband, and Eile’s daughter Saraid (called Squirrel). While he meant to simply deliver the news and move on, Faolan’s impression of the circumstances Deord’s daughter is living in place him in a moral quandrary. Faolan is a man who exists alone – especially after what happened with Ana, he is in no mood to take on responsibilities outside of those placed upon him by his king. But Deord saved his life, saved Ana’s life, and he feels he owes it to the man to at least help her. So he vows to find her a place (potentially in Bridei’s household) as part of his penance to Deord. With Eile in tow, he travels towards his home, unsure of how he will be received – to save his family, he murdered his brother in front of a tyrant who demanded it and watched his sister stolen away from them. Ashamed of what he had been forced to do, young Faolan struck out from his family to become the assassin we know and love. Bridei has also charged him with making peace with what might be left of his old life, and as Faolan follows all of Bridei’s orders (never blindly, but because he understands why Bridei asks these things of him), he finds himself captured by the Widow – the woman who carries on the work of the tyrant who made him murder his brother and who stole his sister. The true identity of the Widow is not hard to guess, but it is still hard to watch Faolan come to terms with it. Eile is made a servant in the Widow’s household, but is unhappy, and assists Faolan’s escape, bringing him home.

Back with Bridei and Tuala, Bridei’s mentor Broichan has dealt with the knowledge that he is Tuala’s true father by leaving everyone and everything behind, including Bridei’s young son Derelei who shows he is his parents’ child with his adept gifts of magic from a very early age. Forced to train her son lest he injure himself or others, Tuala faces her greatest fear: that she will be exposed and ostracized for being Other, a fey creature of magic – a secret she has kept for decades from everyone but Bridei and Broichan.

Marillier never skimps on plots, but for me they simply serve as movement to bring forth more character development, which is definitely her strong suit. Without a lot of introspection, Marillier makes you feel strongly for characters with very little exposure. The way she writes, characters seem secondary to plots oftentimes, but it is the characters who always shine through for me. When the households blend, bringing Bridei, Tuala, Eile, Faolan, Saraid, Ana, and Drustan all together, we discover more new faces who are not always friendly. While Bridei struggles with the possible defection of Carnach, a trusted friend and general, in Tuala’s household is a new hostage: Ana’s sister whom she has not seen in over a decade, and who does not resemble our gentle Ana in any way. Breda is selfish and cruel, and sets Eile up for disaster early on. When Derelei disappears, Eile is blamed, and the castle is in chaos. Though Ana does not feature in this as heavily as she did in the previous volume, I continued to value her greatly in the face of her sister.

Faolan and Eile’s relationship is awkward, and for the right reasons – I still wasn’t entirely comfortable with where it was going at the end, but that is perhaps because despite my love for Drustan, I was very attached to Ana/Faolan, and had a hard time permitting myself to find any other worthy of Faolan. While this tome ends the Bridei Chronicles, it is not the end of the story of Bridei. I am hoping for more with Derelei, and perhaps any children of Ana and Drustan – but I do not know how history moves on from this moment, and despite her fictionalization of the characters, Marillier stays true to the larger historical events that drive parts of the plot. The arrival of the Christians en force is a large part of the book I didn’t really go into, but now that they’ve arrived, I know that anything that happens next will be more than tribal wars, but those of one religion versus another as Christianity takes hold in more areas. We begin to see some of that in this book, but it would need to be much more prominent were the story to continue. Bridei insists that as long as he is king, the old ways will reign, but what of the reign of (perhaps) Ana’s son, with Derelei at his side, acting as Broichan once did for Bridei himself? I’m loathe to let the story go, but alas, I have no choice. 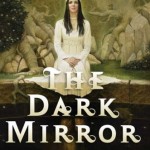